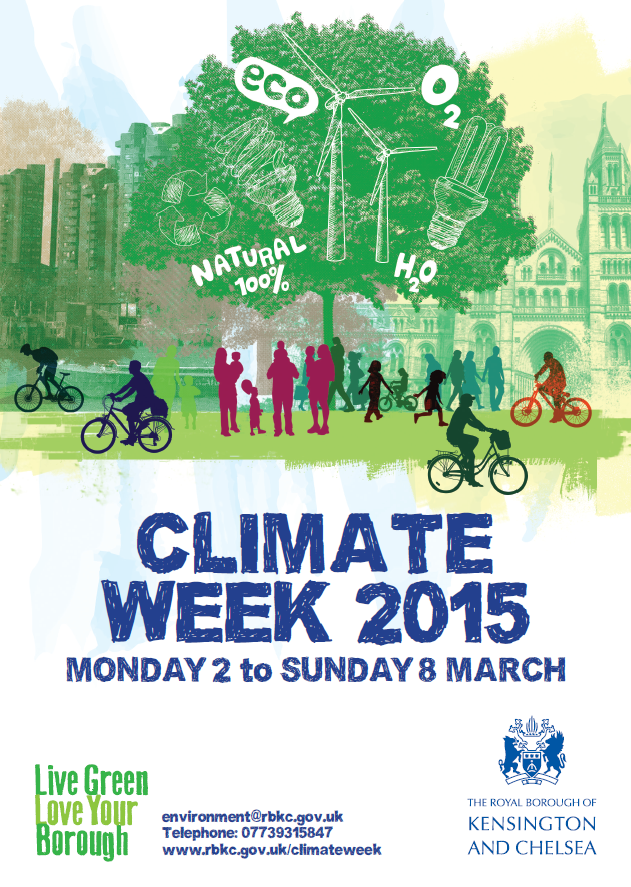 Residents of Kensington and Chelsea are invited to free events across the borough from 2 to 9 March as part of Climate Week, Britain's biggest climate change campaign.

Interested in finding out how to grow your own food? Start the week with a tour of the borough's biggest kitchen garden in Olympia. On Tuesday, make a stop at the Climate Change stall at Imperial Farmers Market to find out how you can reduce your carbon footprint. They'll also be at South Kensington Farmers Market on Saturday.

A film screening of 'No Impact Man' on Wednesday night tells the story of a family who spent a year trying to make no environmental impact- no fossil fuels, no electricity and no shipped food. The climate change stall will be making an appearance at Thursday's 'Ask Nick' event with the leader of the Council, while on Sunday, children can enjoy eco games and a treasure hunt in Holland Park.

To find out more and see what else is on go to www.rbkc.gov.uk/climateweek or email environment@rbkc.gov.uk.